The latest news and our thoughts on the ever changing world of analytics, ppc and digital strategy.

The new message extension, becoming available in the next few weeks, offers a quick and easy way for smartphone owners to make enquiries after seeing your ad.

Why Message Instead of Calling?

According to Google's own figures, two-thirds of smartphone owners communicate with others via messaging up to five times a day, and 65% say they would communicate with businesses the same way, if the option were available. 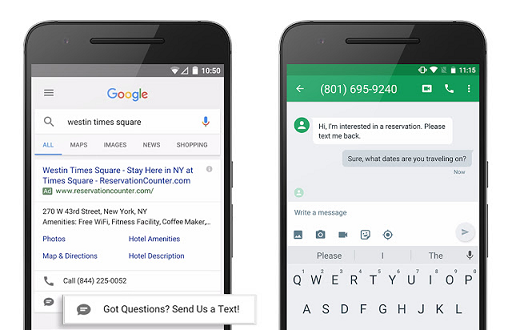 The new message extension gives users the ability to easily get in touch with a business via SMS simply by tapping the texting option.

A pre-written message appears that is tailored to the particular product being viewed, which users can then edit or send as is.

This is a new, fast and easy method for users - particularly those on mobile - to communicate an interest in a product that wil help advertisers increase their conversion rates.